With his fierce Irish nationalism, Thomas F. Meagher managed to get himself into difficulties on both sides of the Atlantic. Born in County Waterford, Ireland, he opposed British rule and was exiled to Tasmania in 1849. He fled to the United States in 1852, eventually settling in New York, where he was active in the Irish independence movement.


He served as a field officer at lst Bull Run before being mustered out with his militia regiment on August 3, 1861. That winter he organized the Irish Brigade which was assigned to Sumner's Division. Early the following year his commission as a brigadier came through. He led the Irishmen in the fighting at Seven Pines and during most of the Seven Days. At Antietam he was injured in the fall of his wounded horse but was able to return to duty the following day. At Fredericksburg his command was slaughtered in the assaults on Marye's Heights. Meanwhile he had become embroiled in army politics.


Himself a Democrat, he was highly critical of political-read "Republican"-generals. This may have contributed to the later refusal by the authorities to grant him permission to recruit for his own ranks. After the battle of Chancellorsville he resigned on May 14, 1863, in protest over this refusal and the proposal that the regiments of his brigade be distributed among other commands. His resignation was rejected on December 23, 1863, and he returned to duty, holding minor commands in the Western theater. He finally resigned on May 15, 1865.


After serving over a year as acting governor of Montana he fell off a boat on the Missouri River and drowned. He had been drinking. (Conyngham, David Powers, The Irish Brigade and Its Campaigns and Cavanagh, Michael, Memoirs of General Thomas Francis Meagher) 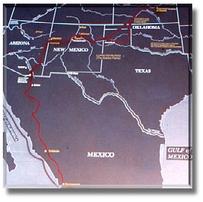