The secret of the dashing Hispanic swordsman was that he was an Irish gentleman of noble birth named William Lamport, born in 1615 in County Wexford. William hailed from a Catholic family, and left Ireland during the confederate conflict as a result of oppressive English rule. He worked for a while as a privateer, attacking Englishmen merchantmen of Cromwell’s Commonwealth. In 1643 he enlisted in one of the three Irish regiments in Spanish service (O’Neill, O’Donnell and Fitzgerald) to fight against the French forces in Spanish Flanders. He was commended for bravery and entered Spanish Royal service.

Assuming the name “Guillen Lombardo” he went to the then-Spanish colony of Mexico. Once in Mexico he developed a sympathy for the poor and native Indians. He lived amongst them studying astrology and their healing skills. For this he came to the notice of the Spanish Inquisition, which under the guise of religious “correctness” hunted out enemies of the King of Spain. William became the leader of the fledgling Mexican independence movement. His name occurs time and time again in reports of Inquisitors gathering information by torture of suspected rebels. William was noted for a series of steamy affairs with Spanish noblewomen, both married and unmarried. He became engaged to Antonia Turcious, a member of the nobility, but before he could marry he was arrested by the Inquisition and accused of conspiracy against Spain and its Most Catholic Majesty. He was jailed for 10 years, but escaped from his dungeon and emerged only at night to daub the walls of Mexico City with his name and anti-Spanish graffiti.

William was arrested in 1652 when found in the bed of the wife of the Spanish Viceroy of Mexico, Marquis Lope Diez de Caderyta. He was sentenced to 7 years imprisonment, at the end of which he was turned over to the Inquisition to be burnt at the stake as a heretic. In 1659 He was tied to the stake in Mexico City, but as the bundles of brush and wood were lit, he undid the ropes that bound him and strangled himself before the flames could reach him.

A dentist, a blacksmith, a high-school student and a
criminal lawyer-Mexicans dressed in tartan kilts-are
playing the songs of centuries past.
They call themselves the St. Patrick's Battalion Pipe
Band (Banda de Gaitas-Battalion de San Patricio),
after a little-known battalion of Irishmen who fought
for Mexico in the Mexican-American War.

In 1846, thousands of immigrants, mostly Irish, joined the US army and were sent with Gen. Zachary Taylor's army to invade Mexico in what some historians have called a war of Manifest Destiny. Dubious about why they were fighting a Catholic country, and fed up with mistreatment from their Anglo-Protestant officers, hundreds of Irish and other immigrants deserted Taylor's army and joined forces with Mexico. Led by Captain John Riley of County Galway, they called themselves the St. Patrick's Battalion---in Spanish, the San Patricios. Mexicans see them as heroes, honoring them every Sept. 12 with a special commemoration. In 1993, the Irish began their own ceremony to honor them in Clifden, Galway.

One Man's Hero Shamrock and Sword

"In the New World, on both sides of the American Revolution--we have eyewitness accounts of the Maguire brothers, who had been fighting on opposite sides, meeting after the battle of Saratoga. And they know that Lord Edward Fitzgerald, one of the heroes of the 1798 Rising, served in the British uniform in South Carolina during the Revolution. They know that opposing the 144,000 Irishmen in the Union Army were some 30,000 in Confederate ranks, and that the Irish Brigade's charge up Marye's Heights at Fredericksburg was halted by the fire of Robert McMilllan's regiment of Irish rebels. They also know that desertion and defection are part and parcel of every war. And that bodies of Irish soldiers have changed sides since at least 1586, when a regiment of Irish Catholics rounded up after the Desmond Rebellion and shipped to the Netherlands to fight for the Protestant Dutch, promptly deserted to their Spanish Catholic opponents. They recall that during World War I, Roger Casement toured German POW camps and recruited some 50 Irish prisoners--captured as members of British units--to form the nucleus of an Irish Brigade fighting on the German side. So the fact that 200 or more Irishmen deserted and changed sides during the U.S., war with Mexico should not surprise us. Indeed, in the political and religious climate of the time, we could legitimately ask why the number was so small." San Patricio Brian McGinn of the Conradh na Gaelige (Gaelic League).

Struggle in Mexico: the Irish Connection

Lt. Col. don Hugo O'Conor, an Irish expatriate, was appointed by Spain the first commandant inspector of the Interior Provinces in 1771. He undertook a series of massive campaigns against the Apaches that ushered in more than a decade of unrelenting Spanish offensives. in 1776 O'Conor had been promoted to brigadier and appointed governor of Yucatan.

A Mexican Band of bagpipers honoring the San Patricio battalion. 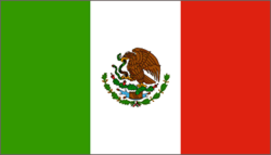 By the early nineteenth century Cornwall probably possessed the best contemporary European mining technology. Importantly, the region had begun to export its technology and capital that aided the migration of a skilled labour force. By 1815 a group of Cornish industrialists including the Vivians, and Grenfells, were acquiring a position of influence through their capitalisation of mining and smelting in South Wales and recruiting their labour force from Cornwall. But it was the export of high-pressure steam engines pioneered and modified by Trevithick and his contemporaries, to the silver mines of Peru in 1818, that marked the transatlantic migration to Latin America of the industrial revolution (Schwartz, 2002).

One third of the mining companies set up at this time in Latin America had Cornish Directors, including the highly influential Fox and Williams families who recruited their labour needs from among the local mining population. By the mid-1820s Cornish miners were to be found across Latin America, where the whole epic story of Cornish mining migration began. Here the Cornish miner learnt new skills in the mining and milling of gold and silver ores which resulted in the practical domination of the world’s mining industry by ‘Cousin Jacks’ for well over a century (Schwartz, 2001). 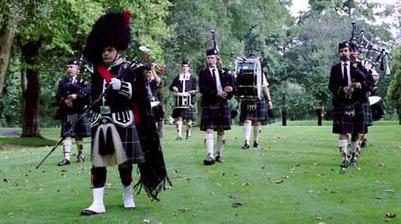