From the book "The View From Diamond Head:" 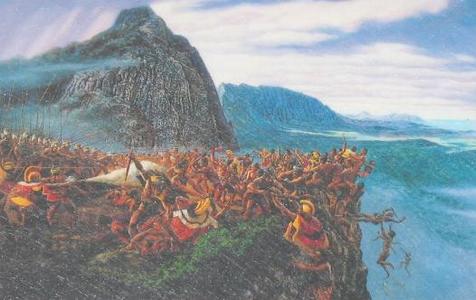 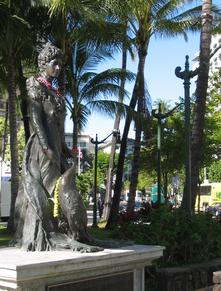 A wealthy merchant and man about town, Archibald Cleghorn, at the age of 37, married Miriam Likelike, the nineteen-year-old great-granddaughter of chief Kepo'okalani, a cousin of King Kamehameha I of the Hawaiian Islands.  This marriage brought the Scotsman into the midst of Hawaiian royalty and governmental affairs when his wife's brother, David Kalakaua, became king in 1874.  The King appointed Cleghorn to the House of Nobles and upon the death of John Dominis in 1891, Queen Lili'uokalani made him governor of Oahu.

One of the more prominent men of his day, Cleghorn played an instrumental role in the founding of Kapi'olani Park in 1877.  He served as vice president, and later president of the Kapi'olani Park Assn., and planned the landscaping of the park.  The stately ironwood trees that adorn Kalakaua Avenue's route through the park were planted under his supervision, as were the grand banyans at Thomas Square.

Cleghorn not only beautified Waikiki through his work on the park, but also at his estate, Ainahau, which he purchased in 1872 for $300.  Inheriting a love of horticulture from his father, Cleghorn lavishly landscaped this parcel, making it the most beautiful private estate in the Hawaiian Islands.  At first he used it as a country retreat.  However, it soon became his family's primary residence, and his stately home on Emma Street was turned over to the Pacific Club, an organization he had joined in 1853 and presided over for 46 years.  As a royal residence in Waikiki, Ainahau was the scene of various parties and entertainments, and visitors such as Robert Louis Stevenson departed the Islands with fond memories of the estate.

Not only a site of pleasant pastimes, these lands also were associated with grief and tragedy.  Here, Princess Likelike died on 2 Feb., 1887 at the age of 36, and 12 years later, in 1899, Cleghorn's daughter Kaiulani, passed away here in the springtime of her life, at the age of 24.  Following her death, Cleghorn led a less active life, although he remained involved in the affairs of Queens Hospital and in 1909 he became its first elected president, a post which previously had been occupied by either the reigning monarch or the territorial governor.


Robert Crichton Wyllie was born at Hazelbank, Parish of Dunlop, County of Ayrshire, Scotland, on October 13, 1798. As the Minister of Foreign Affairs, Roberthad Hawaii acknowledged as an independent Kingdom by treaties with most of the civilized nations, all of which were engineered by Mr. Wyllie, who was without a doubt one of the most, if not the most, influential men in the Kingdom. "The Hawaiian Gazette" of October 21, 1865, stated: "The death of such a man cannot but be regarded as a national calamity. There is not a Hawaiian, from one end of the Islands to the other, but who, when he hears of Mr. Wyllie's death, will say -- 'There went a true friend of our King and His People' ".

see the Coffee Times article about Scotland and Hawaii

Vancouver refused Kamehameha's request for firearms and gun powder, but promised Kamehameha delivery of a war ship with cannon as a gift from King George. John Young was a British sailor who would play a leading role in the early post-western contact development of Hawai'i. Young was left behind on the Big Island by Thomas Metcalf, captain of the ship Elenora, and became an advisor and friend to Kamehameha, who made Young a high chief. Young brought knowledge of the western world, including naval and land battle strategies, to Kamehameha, and a sober, just voice on affairs of state for the Hawaiian Kingdom. He organized the construction of the fort at Honolulu Harbor. Young built a compound at Kawaihae on the Big Island adjacent to the Pu'ukohala Heiau. There he and his Hawaiian wife raised a family and entertained both Hawaiian and western visitors. Young's grand-daughter Emma would become the wife of Kamehameha IV.

Kamehameha flew the British flag over his compound and on his war canoes and ships until 1816, when the Hawaiian flag was hoisted with its Union Jack and eight red, white and blue stripes. The Union Jack was most likely chosen to reflect Kamehameha's desire for British protection; the stripes represent each of the main Hawaiian Islands. The Hawaiian flag was first designed in about 1809 by either Captain Alexander Adams or Captain George Beckley, both friends and advisors to Kamehameha. The Islander Magazine

Princess Kai'ulani (kah-E-ooh-lah-nie)The haunting story of the Scottish-Hawaiian  Princess Victoria
Kaiulani. the daughter of Princess Miriam Kapili Likelike (pronounced "Lee-keh-lee-keh") and Scotsman Archibald Scott Cleghorn, prosperous businessman, horticulturist, and eventual Governor of O’ahu during Queen Lili’uokalani’s reign; the fragile beauty who, as heir-apparent was groomed all her life to be the future Queen of Hawaii. Despite the struggles of loyal Royalists who fought for the beleaguered throne, Kaiulani's birthright was swept away forever when the Monarchy was overthrown in January, 1893. Hawaii was annexed to the United States on August 12th 1898. The Princess died seven months later, at the age of twenty three. 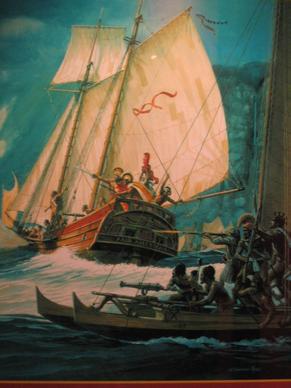 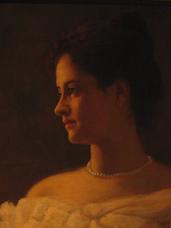 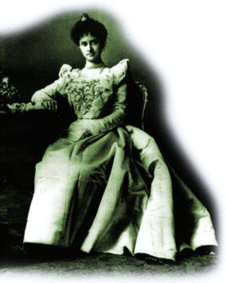 Ties with Britain Kamehameha held a council of chiefs aboard Vancouver's ship Discovery on February 21, 1794. The ali'i decided to place Hawai'i under the protection of Great Britain, while retaining the right to rule Hawai'i independently. The British flag was hoisted on shore four days later and Lt. Puget took possession of all Hawai'i in the name of King George III of Great Britain. George III was the same British king who led the British against the American colonies during the Revolutionary War. Vancouver's journals recorded that a salute was fired and Hawaiians exclaimed, "We are men of Britain." Though the secession was never ratified by the rulers of Great Britain, this event began a long and friendly relationship between the Hawaiian Islands and Great Britain. 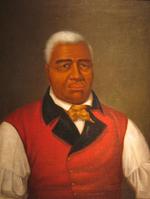 Kamehameha filled Maui's Kahului harbor with a fleet of war canoes and a cannon (operated by two Celts: Scot John Young and Welshman Isaac Davis). On the 3rd day of the battle, Kamehameha brings out the cannon and slaughters Maui's then-reigning King Kahekili's warriors. see 1790 Maui chronology The cannon were the main reason the tide of battle went his way.