Megalithic New Zealand One of the most remote countries where standing stone circles and other types of megalithic structures are being found in profusion is New Zealand, at the sub-tropical base of the South Pacific

‘Shall I ever return
To the Land of Heather and Thistle
From the Land of Kauri and Fern?’

Capt William Hobson Born in Waterford, Ireland,  Hobson was Queen Victoria's representative at the signing of the Treaty of Waitangi in 1840. Regarded as the "father" of New Zealand.

John Ballance Born at Glenavy in County Antrim, Ireland,  John Ballance became New Zealand's Premier in 1891 and was influential in achieving the vote for women. His birthplace at Glenavy has been restored. Visit the Ulster New Zealand Trust website for further details. In Wellington, a statue of Ballance stands in front of the old General Assembly Library building. 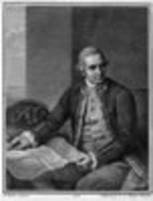 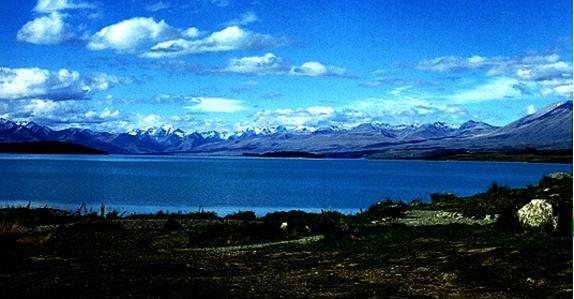 James Cook has left a permanent imprint on the consciousness of New Zealanders. Districts, suburbs, schools, hotels, motels, banknotes and consumer products bear his name and likeness. Of more enduring importance, he named more coastal landmarks than any other person, and his own name is attached to two of the country's most significant geographical features, as well as many minor ones. His voyage in the Endeavour defined the outline of the country for the first time and provided charts which were to serve navigators for many decades after his death.

Cook spent a total of 328 days on the coast of New Zealand during his three voyages, considerably longer than at his other regular stopping place at Tahiti. Daily events were meticulously recorded in his logs and journals, and the principal artists on his ships, Sidney Parkinson, William Hodges and John Webber, compiled a striking visual record. All three expeditions were accompanied by natural historians - Joseph Banks and Daniel Charles Solander, the Forsters, father and son, and David Nelson - and their collections with accompanying drawings provided a systematic record of the flora and fauna. Few countries newly discovered by Europeans have been so richly documented and described, and the product is a corpus of knowledge which has kept scientists, historians and anthropologists busy ever since.

(Taine Rory Mhor ) Taine Ruaridh Mhor (the big cattle farmer) was delivered by three seagoing longships to New Zealand in the 12th Century, with 95 of his family and kinfolk and followers.  It was deliberate but not by choice. Banishment was for seven generations by his friend King Alexander I of Scotland (reigned 1107-1124AD). Men in Taine's lineage were often well over 7 foot tall and generally had red hair, blue eyes and fair complexions.   The survival of Taine's group in New Zealand was initially in their own hands and by the will of God. Some tools were obtained by trade with visiting Portuguese, and the colony grew. It is said Taine was responsible for introducing particular trees and that there may be connection between Taine and "Tane" the name used by Maoris for the God of the forest. ( Taine in old Gaelic is apparently pronounced the same as Tane in Maori.)

The Riddle of Clan MacFarlane After 160 years (7 + 1 generations), Scots/Vikings (there were three ships, two of whose captains were Johansen and Christiansen - though the names are Nordic Scandinavian they were probably based in the Firth of Forth) were requested by folk in Scotland to go back to New Zealand and see if any of Taine's people had survived. Supposedly some came back with the Vikings, and were called MacFarlane: Men from the Far land.  When they were banished during the Clearances, this time by the English?, the MacFarlanes were taken to New Zealand, but not to the usual places...they were deposited at a very remote jagged coast...rumored to be where Rory Mohr landed.

Waipu Scottish These pioneers had created history by carrying out a double migration, firstly from Scotland to Nova Scotia in 1817 and 32 years later to Australia. Between 1853 and 1860, a total of six ships - the Margaret, Highland Lass, Gertrude, Spray, Breadalbane and the Ellen Lewis brought the families from Nova Scotia. The Margaret and the Highland Lass originally took them to Australia but after a time most of the families sailed on the Gazell to Waipu, New Zealand. 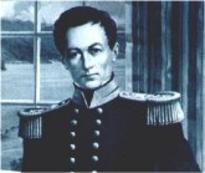 In 1844 James MacKay, son of an Aberdeen merchant who had been living in London since 1827, set sail with his family for New Zealand. Before they left he had a painter, William Allsworth, produce a romanticised image of the departure of a family of noble Highland ancestry. MacKay’s aim was to give the family prestige and distinction in the new country. The painting is also an early example of the adoption of a Highland identity by many of New Zealand’s Scots. From the Encyclopedia of New Zealand: Te Ara.

Encyclopedia of New Zealand re Scottish Influence in NZ

Cook, James 1728 - 1779 Naval officer, cartographer, navigator, explorer. James Cook was born on 27 October 1728 at Marton-in-Cleveland, Yorkshire, England; he was baptised on 3 November that year . He was the second child of James Cook, a Scottish day labourer who was baptised in Ednam, near Kelso in the Borders, and his wife, Grace Pace. Sailing by way of Cape Horn, Cook reached Tahiti on 13 April 1769, where he stayed almost four months. Sailing south on 9 August, Cook began the search for the southern continent, sighting on 6 October what Tasman had described as 'a large land, uplifted high' - New Zealand. His landfall was at Poverty Bay, near present day Gisborne. Leaving Poverty Bay, Cook turned south along the east coast as far as Cape Turnagain, before retracing his route north to Poverty Bay, then around East Cape to the Coromandel Peninsula.  On 15 November the Endeavour passed around Cape Colville and into the Hauraki Gulf, before heading north up the coast to the Bay of Islands. Cook spent a week in this bay, which was to become the first site of permanent European settlement. 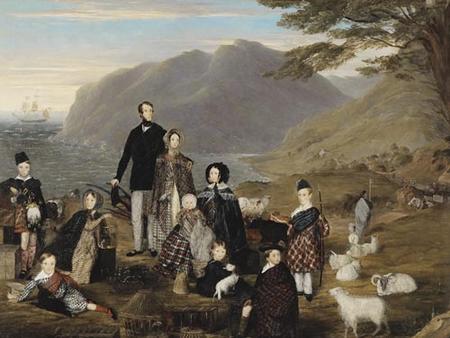 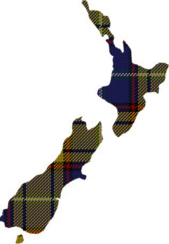 Kiwi Scot's Biographies Hundreds of biographies of Scots in Kiwi

Robert Maunsell Renowed for his missionary work among the Maoris, Maunsell also translated the Old Testament into Maori. He was born in County Limerick, Ireland and remains one of the most well known Irish Protestant missionaries in New Zealand.

George Vesey Stewart An Ulsterman from Ballygawley, County Tyrone, Ireland, Stewart organized the Ulster plantation of Katikati which brought Ulster emigrants to the Bay of Plenty in 1875 and 1878.