Who were the celts?

Celts is pronounced with a hard C (k) (most of the time!)

You've read about the Wallace, the Bruce, Arthur, the Cymry, the Picti, the Scotti, Kenneth MacAlpin,

and many Others in the glorious Histories of Celtic Europe.

The above link will describe who the Celts were and what happened to them in Europe.

From Italy, Austria, and Switzerland through Spain, Britain, Belgium and Ireland to Brittany, and then to America , Canada , Australia and New Zealand....The Wanderings of the Celts bring their oral histories, their fierce independence, unique music, dance and speech, arts and crafts and sports to the New World.

The Relegion of the Ancient Celts

The Celts knew the skill of weaving, using a strong wooden frame called a loom and threads hung from its top cross bar, each pulled taut by a weight of baked clay or stone hanging near the floor. Fleece, shorn from their sheep using a sharp knife and spun into yarn, was woven to make woolen fabric. They used a wooden shuttle to pass the weft threads under one and over the next of the weighted warp threads, which were raised and lowered to let the shuttle pass easily. This was how they created the brightly colored woolen clothes the Iron Age Celts loved. 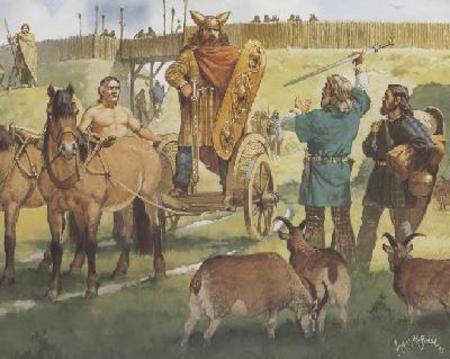 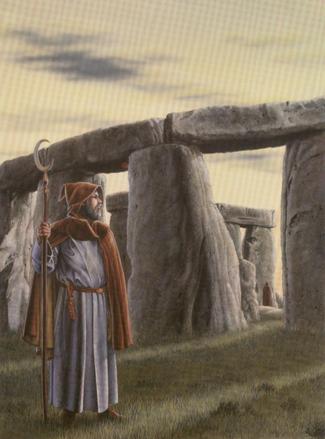 While textbooks stress the descent of Europe from classical culture, the face of Europe throughout most of the historical period was dominated by a single cultural group, a powerful, culturally diverse group of peoples, the Celts. By the start of the Middle Ages, the Celts had been struck on two fronts by two very powerful cultures, Rome in the south, and the Germans, who were derived from Celtic culture, from the north. Through the period of classical Greece (corresponding to the La Têne culture in central Europe) to first centuries AD, most of Europe was under the shadow of this culture which, in its diverse forms, still represented a fairly unified culture.

The Celt, also spelled KELT, Latin CELTA, plural Celtae, a member of an early Indo-European people who from the 2nd millennium BC to the 1st century BC spread over much of Europe. The people who made up the various tribes of concern were called Galli by the Romans and 'Galatai' or 'Keltoi' by the Greeks, terms meaning 'barbarian'. It is from the Greek 'Keltoi' that 'Celt' is derived. 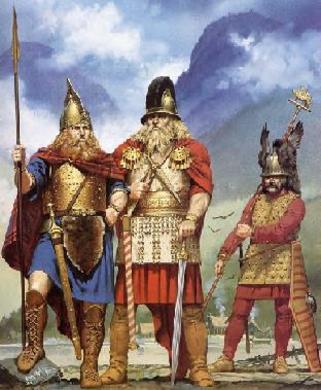 the Celts from Wikipedia

The first Celts came to Scotland around 700 BC.

The whole of the south of Scotland, up to the very edges of the Highlands, became covered in small settlements made from the trees they had chopped down with their iron axes. These settlements were usually made up of about six huts surrounded by a wooden palisade (large fence) to deter warring neighbours. But in the north and west, where trees were scarce, they built with stone as much as they could, in the same style.

They were farmers, cultivating wheat, oats and barley, and keeping pigs, herds of cattle, and flocks of sheep and goats. They depended on their livestock for food much more than they did their crops. 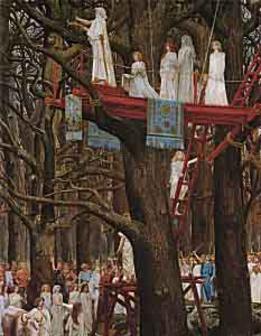 "Their aspect is terrifying...They are very tall in stature, with rippling muscles under clear white skin. Their hair is blond, but not naturally so: they bleach it, to this day, artificially, washing it in lime and combing it back from their foreheads. They look like wood-demons, their hair thick and shaggy like a horse's mane. Some of them are clean-shaven, but others - especially those of high rank, shave their cheeks but leave a moustache that covers the whole mouth and, when they eat and drink, acts like a sieve, trapping particles of food...The way they dress is astonishing: they wear brightly colored and embroidered shirts, with trousers called bracae and cloaks fastened at the shoulder with a brooch, heavy in winter, light in summer. These cloaks are striped or checkered in design, with the separate checks close together and in various colors.

[The Celts] wear bronze helmets with figures picked out on them, even horns, which made them look even taller than they already are...while others cover themselves with breast-armor made out of chains. But most content themselves with the weapons nature gave them: they go naked into battle...Weird, discordant horns were sounded, [they shouted in chorus with their] deep and harsh voices, they beat their swords rhythmically against their shields. " 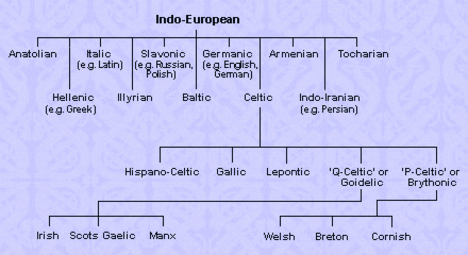 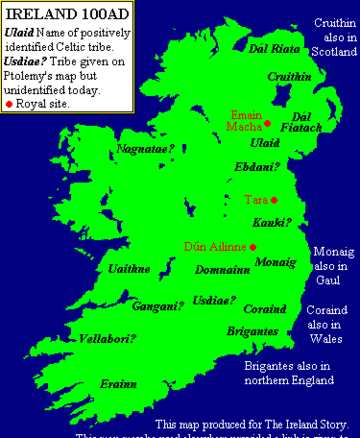 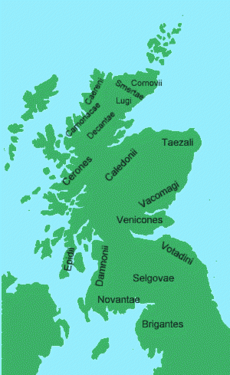 
The Celts introduced the use of iron to northern Europe.
Celts were the first to give shape to handsaws, chisels, files, and other tools we use today. (Standard 4-foot-8 1/2-inch railroad, span of their chariots, rotary flour mill)
They created Europe's first major industrial revolution.
Celts introduced soap to the Greeks and Romans.
The Celts invented chain armor.
The Celts were the first people in Britain to make pottery on a wheel, and to ride horses and use chariots.
They were first to shoe horses.
They also devised a cagey put-off for paying up: Since Celts saw no real break between life and death, a debt could be carried over into the other world.

There were the Damonii, who lived in the west, an area that covered from what is now known as Ayrshire, all the way to Clyde. Then, further south were the Novantae, whose territory spread over Galloway and Dumfries. On the other side of Scotland (the east coast) where the Votadini, whose people lived as far north as the River Forth. The Votadini had their capital on a hill in East Lothian called Traprain Law. Twenty miles away from Traprain Law there was another Votadinian centre, they called it Din Eidyn, we call it Edinburgh. The fourth of these southern tribes, the Selgovae, held the area between the Votadini (in the east) and the two western coast tribes.