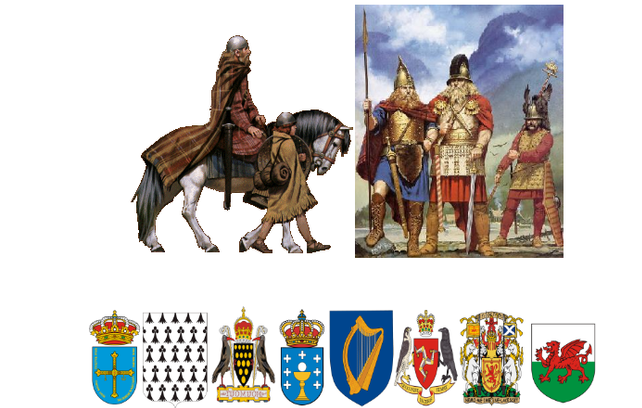 There is a fascinating, astounding history of Celts outside of Euro-Asia that not many people are aware of.

From the many Indian Chiefs with Scottish Heritage in America to the Irish liberators of Chile to the MacGregor invasion of Florida.

From Two Celts who helped Hawaiian King Kamahamaha defeat his enemies: Isaac Davis, Welshman,  and Scot John Young to the Princess Kaiulani, daughter of a Scot (Archibald Cleghorn) and last of the Hawaiian Royal line.

From the author of, the signers of , and the roots of the Declaration of Independence to the printer of that very document

From Finnian MacDonald, Frontiersman through Duncan MacDonald of the Nez Pierce to an overwhelming majority of the Canadian Prime Ministers

The Cornish Miners in Mexico and South America

From small groups of Ulster Scots in the 1600's to the mid 1860's when 75% of the American South’s population was Celtic. The Confederate battle flag was a transatlantic version of the saltires of St. Andrew and St. Patrick. Because of this, many US Southern State flags have the saltires incorporated in their design. In that same War  many Irish Brigades were formed on both sides from the over two million Irish who emigrated from 1847-1857.

From Scot Tom Blake (Tamas Blaque) who traveled with Conquistador Coronado's expedition in the American Southwest to Lewis and Clark three hundred years later.  Sinclair and the Knights Templar in Massachusetts in the 1390's...The stories of Irish explorer St Brendan and Welsh Prince Madoc discovering and settling in America before Columbus was born... Irishman William Ayers traveling with Columbus on the Santa Maria in 1492  and evidence of Celts here in  Ogham (ancient Celtic line lettering) inscriptions dated 300-500BC found in West Virginia!

From the Scottish settlements of Carolina , Georgia, Florida ; Darien, Panama; Nova Scotia; Western Australia ...the Welsh in Patagonia, Argentina, Pennsylvania and Virginia...The Irish in America and the Caribbean...to the tremendous contribution of them all in the founding of today's nations of the USA, Canada, Australia and New Zealand the Celts have produced the Fathers of the New World

"The New World Celts is dedicated to promoting Celtic History and supporting Celtic Culture in the New World.  To help meet that Mission, this History Archive now showcases histories of the Celts in the New World along with references to their roots and culture in the Old. We invite you to browse through the pages of this Archive to familiarize yourself with what the Celts accomplished in the New World: in North and South America, Australia, Hawaii, New Zealand, and the Caribbean. Look at the legacy of all of the Celts, who did not fall off the Western edge of Europe and disappear! They went to the West, merged with other peoples of Europe and the local natives and became major influences wherever they landed. It is part of the Mission of the New World Celts organization to ensure that this legacy is never forgotten , and that the Celtic Culture of the Old World is carried into the future by those of us in the New. The New World Celts."

- Mike Dunlap, founder and historian of the NWC

(To access the NWC organizations' new corporate website regarding the structure, officers, by-laws, activities, committees and more: go to and bookmark www.newworldceltsinc.org.)

(To browse through the Archives of this Site, use the drop-down menus on the top menu bar)

"No treatment of modern Celticity would be complete without mentioning the diasporas of Celtic peoples. A very large portion of the populations of the United States, Canada, Australia and New Zealand is composed of people from Ireland, Britain, Brittany and the Isle of Man; and Jamaica, Barbados, Montserrat, Saint-Barthélemy, Venezuela, Argentina, Brazil and Mexico have also experienced large-scale migration from these lands at various times.

While no celtic-identified immigrant group is currently pursuing independence or other nationalist goals, Celtic people have played critical roles in each societies movements for independence from the larger empires to which they were formerly attached. Today, Celtic identity throughout the Diaspora is generally presented as a cultural identity (as opposed to a nationalist or racial one), and is experiencing a major revival.

Since the 1960s, there has been a very considerable growth of interest and enthusiasm in their Celtic heritage on the part of such people. Certain places in the diaspora have particularly strong associations with these various identities: the Yorke Peninsula, South Australia, with Cornish Australians; Liverpool with the Welsh and Irish people in England; Jesus College, Oxford with Welsh students; Glasgow with the Irish in Scotland; SouthBoston or the South Side of Chicago with Irish Americans; and certain arrondissements of Paris with Breton Parisians.

Historically prominent members of the Celtic Diaspora in the Americas include Andrew Jackson, Woodrow Wilson, John F. Kennedy, Robert McNamara, Bernardo O'Higgins, Che Guevara (who was of Irish, Spanish, and Basque descent), the members of the St. Patrick's Battalion, and many others."

"We will always be proud of Celtic contributions to History, and with every new day's actions, intend to be able to say the same tomorrow." MJD 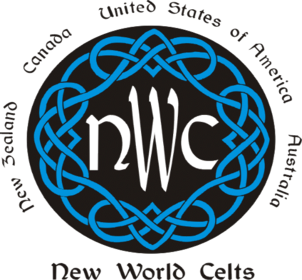 "Perhaps the only real definition of a Celt, now as in the past, is that a Celt is a person who believes him or herself to be Celtic." Prof. Barry Cunliffe (Oxford Univ.).

Today, there are more people of Celtic descent in North America alone than in all the European based Celtic countries put together! (Scot Roots)

Celts made their unmistakable marks here....see them on the New World Celtic Archive drop-down menu found on the top menu bar!